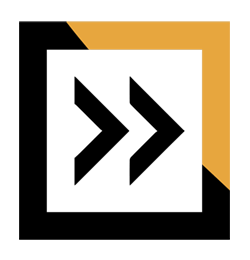 During this trip we will visit the city of Anykščiai, we will visit the city of Anykščiai, the towers of the tallest Lithuanian church in it, the a narrow-gauge railway museum, where we will see the most attractive vehicles of the interwar period. We will go on the only toboggan run in Lithuania. We will visit the Horse Museum. In the educational program, we will observe the baking of bread and bake our own small loaf of bread ourselves. We will see the most famous and second largest Puntukas stone in Lithuania and walk along the first tree top trail – Lajų trail – in the Baltic States.

Place or route of the excursion: Vilnius – Anykščiai (In the educational program, we will observe the baking of bread).

During this tour we will travel to Anykščiai, located on the bank of the Šventoji River. We will learn the origin of the name of this city. And believe me, there are not many of them. Due to the beauty of its surroundings in Lithuania, Anykščiai has been declared a resort area, surrounded by hills  and we will probably not find anyone who has not heard of the beauty of the Anykščiai forest.

Here we will walk through the tops of the trees – the Lajų trail. This is the first such trail in the Baltic States and throughout Eastern Europe. Here we will rise from the ground to the tops of the trees, and after climbing its observation tower, located at a height of 21 m, we will see the bends of the Šventoji River and the panorama of the famous Anykščiai forest. We will also see the most famous and the second largest stone in Lithuania – Puntukas stone. According to the legend, the devil carried a stone of greatness with purity, and wanted to throw it on the church of Anykščiai, but the roosters sang and the stone remained in the barn. The bas-reliefs of Lithuanian pilots who crossed the Atlantic Ocean, Steponas Darius and Stasys Girėnas are carved on its surface.

We will visit Anykščiai  church which has the tallest church towers in Lithuania. Their height is even 79 m. We will climb to the observation deck at a height of 33 m, from which the city of Anykščiai, the river Šventoji and the surroundings of the city, which separate it in the middle, will open like on a hand  palm.

In the Narrow-Gauge Railway Museum, located in the complex of the 100-year-old Anykščiai Narrow Gauge Railway Station, we will see an exposition of architecture, technology and the history of the country, which has preserved the spirit of the last 20th century. Steam locomotive “Kukuška”, other narrow gauge rolling stock, means of communication and signaling and many other exhibits. At the station we will be in the waiting hall and in the office of the head of the interwar Lithuanian station and see what the “bunny” ticket looks like. Here it will be possible to test working exhibits – a manual railcar and a tricycle on rails.

For those who are thirsty for adrenaline, we will travel on Kalita Hill, where the only toboggan track in Lithuania, which is open all year round, will be waiting for you. A 500-meter-long track with 5 turns, a trampoline and a loop. Fasten your seat belts and catch the wind by sledding!

When we visit the only one Horse Museum in Lithuania, where we will learn many interesting things about horses, agricultural tools and vehicles, we will also see unique exhibits of philately, war and wood carvings. We will have the opportunity to ride on horse or ride a horse-drawn carriage.

We will also visit the Horse Museum in a real 20th century. in a high-rise homestead reminiscent of the beginning, where the hostess will meet us. Here we will learn about the customs and baking rituals of the ancients, family traditions, and get acquainted with ancient household utensils. Everyone will be given a unique opportunity to shape and bake their own loaf of bread in a toast. While the bread is baking, you will taste a rustic feast and play ancient Lithuanian games.